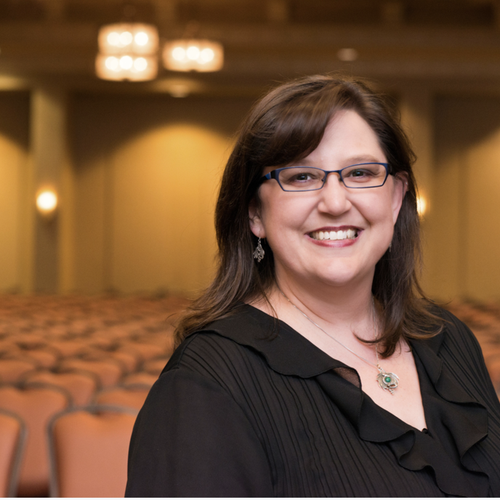 Talks covered by this speaker

Benefit Corporation: What is it and why should I care?

I’m not your typical attorney. I graduated from Texas A&M in 1992, with a business degree, but didn’t go to law school until almost ten years later. The New York Times foreshadowed my early career with one article: “Graduates Facing Worst Prospects in Last 2 Decades.”

Years later, I returned to A&M. This time in Galveston, where I met the professors who would shape my future and the man with whom I would share my life. Rusty Williams ’02 moved with me to Camden, New Jersey, where I completed a year of law school at Rutgers University.

He then followed me back to Texas. In 2003, I graduated from SMU’s Dedman School of Law, took the Texas Bar, and moved to Houston to pursue a career in admiralty and maritime law. I’ve represented a major railroad and several major shipping lines, but my true passion is helping individuals and very small companies with their day-to-day legal issues.

Who knew that helping people live their legacies could be so much fun? In 2008, I opened this private practice with a mission to help members of the often-forgotten middle-class answer their legal questions without breaking the bank. My goal is to help these individuals plan and protect their life journey every step of the way. Owning my own practice also allowed me to dedicate more of my time to charity, and I developed a niche helping non-profit organizations apply for recognition under IRC § 501(c). A large part of my practice still focuses on non-profit formation and governance, a passion that stems from a long-time love affair with planning events and fundraising.

I’m highly involved with the Houston Aggies. Thanks to more than 92,000 Aggies in the Houston area, there’s always something to do with the Maroon & White. In 2013, I was honored to be the Houston A&M Club’s 5th female President in 90 years. During my tenure I proudly helped the Houston Aggie Women launch as a stand-alone entity in 2018. Somewhere in between, I chaired Muster, Coach’s Night, several Reveille golf tournaments, and so much more.

There she is… I have had the honor of representing several state and local organizations in the Miss America line of scholarship competitions – as a volunteer, an attorney, and on the Board of Directors – and can honestly say that if you’re an empowered young woman looking for a great way to earn scholarship money and improve your marketability, check out the local competitions in any of the lines. You might be surprised. There is a reason that these competitions have survived while other programs fade away.

Y’all means all! I currently serve as President of SLAGH – Stonewall Law Association of Greater Houston, Houston’s LGBT bar association (lawyers, not adult beverages), am an active member of the National LGBT Bar’s Family Law Institute, and proudly stand with fewer than 1% of Texas lawyers in the Texas Bar College and Texas Bar Foundation.

Your logo could go here!

If you'd like to get your brand in front of attendees following the categories this speaker is talking about (on this page, via email and during each talk) contact us.
We use cookies This website (and some of its third-party tools) use cookies. These are important as they allow us to deliver an exceptional experience whilst browsing the site.